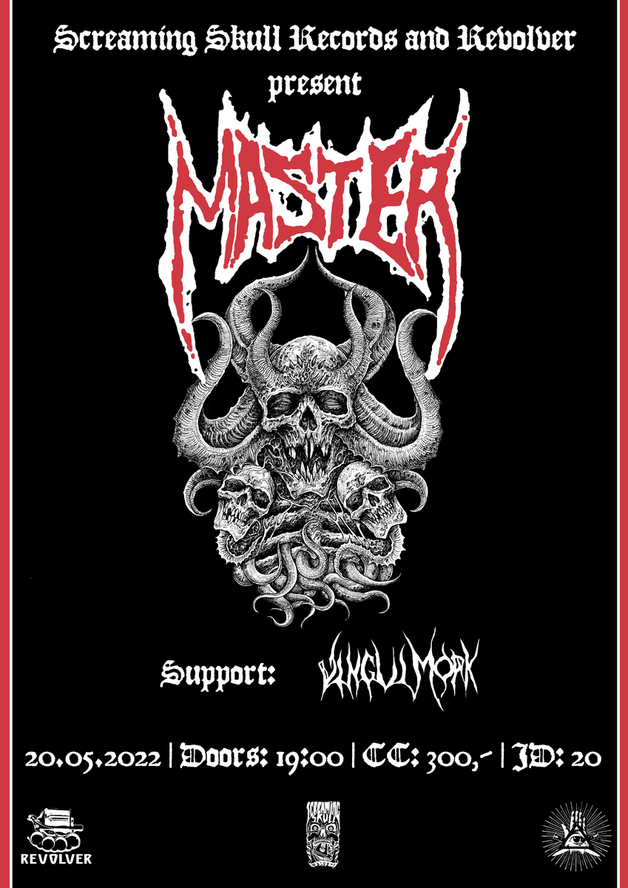 Screaming Skull Records and Revolver are proud to announce the first MASTER show on Norwegian soil in over 10 years!

The legendary Paul Speckmann is considered one of the pioneers in death metal as he paved the way for the death/thrash sound with his legendary act DEATH STRIKE, releasing one of the demos that changed the metal scene, Fuckin’ Death, before returning to MASTER and releasing the equally important 1985 MASTER demo. MASTER has since been Speckmann’s primary project and has released 14 studio albums and a large number of other recordings throughout the years. MASTER’s impressive discography will be put on display as the band will play a full set featuring tracks from all their albums. With them as support are the fierce and aggressive Oslo-based blackened thrashers Vingulmork.